Yesterday morning, I woke up and, like usual, needed some caffeine, but was out of coffee in the house. So, I went to a local Starbuck’s for some Cold Brew and a panini, and headed home. The whole trip took maybe 10-15 minutes.

However, as I walked from my car to my apartment door lost in thought, I heard a flapping of wings, and saw a bird take off from the ground. Left behind was the carcass of a dead pigeon, and as I looked up startled, I saw a Cooper’s Hawk sitting on the eaves of the building next door. So, I ran inside, put down my coffee and panini, and grabbed my camera. As I came back outside, I realized that I had interrupted the breakfast of two hawks. One was keeping watch on from the building’s eaves, and the other was perched at about head height on a tree nearby.

It reminded me that a good picture can happen at almost any second, and to have that camera ready wherever I go.

I hope you enjoy the pictures! 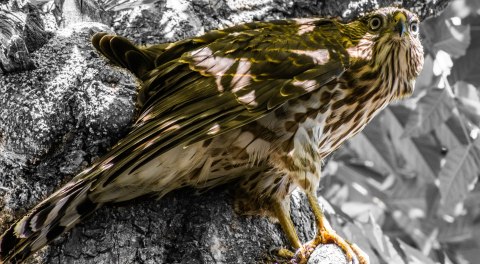 A cooper’s hawk perched on a tree. 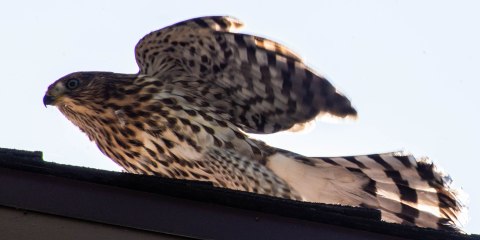 A cooper’s hawk stretches its wings, agitated at the interrupted meal. 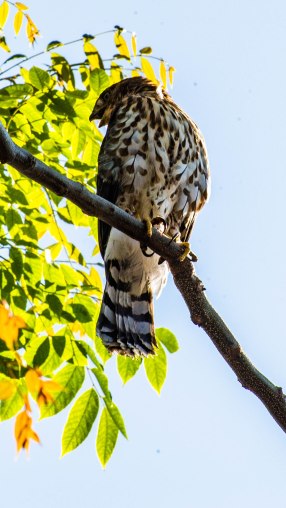 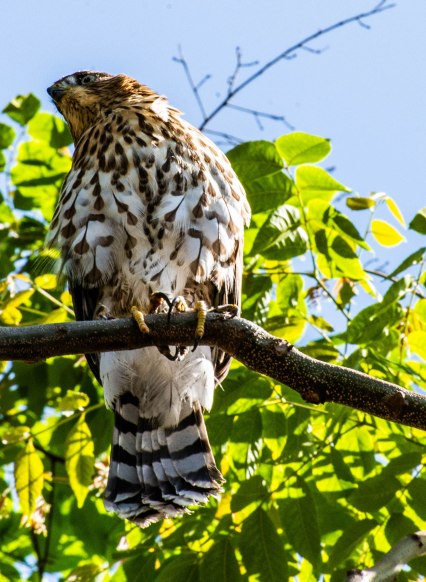 Having interrupted breakfast, a hawk keeps watch on its meal. 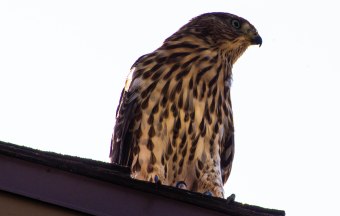 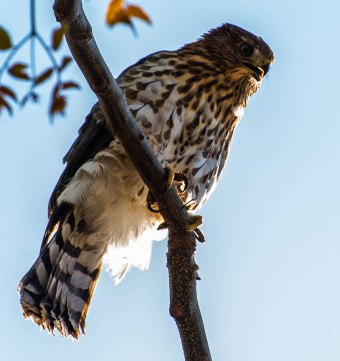 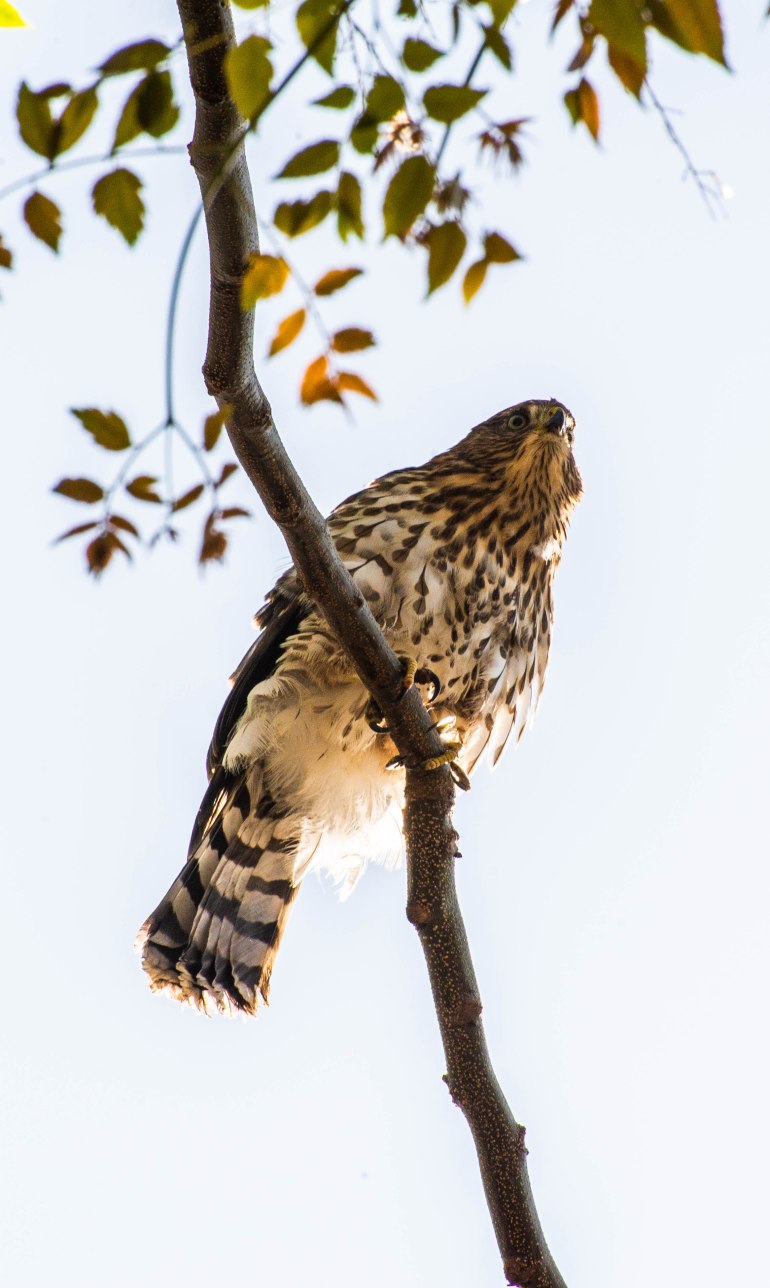